Five Things Offensive Lineman can do at Home on Quarantine 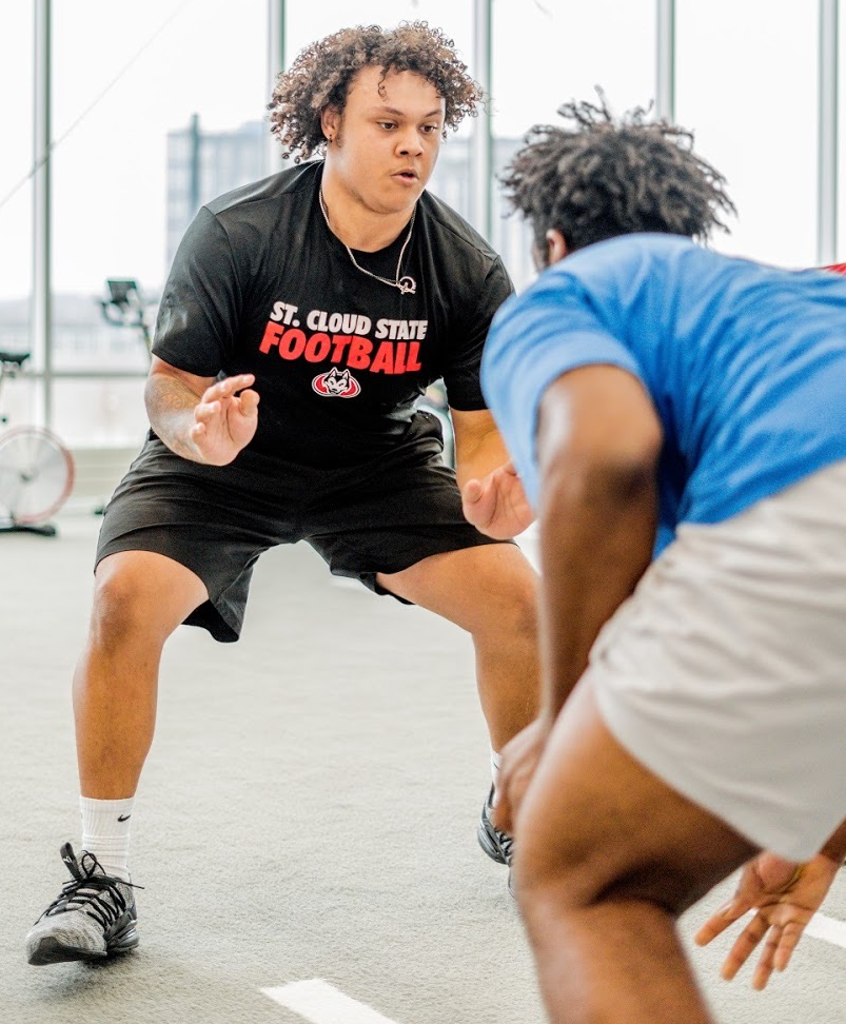 1. Run start duckwalks. Duckwalk forward and backward for 10 yards. Make sure knees are bent,  back is straight and glutes are firing. Drill it by forward duckwalking at a zigzag around 5 cones that are 3 yards apart. Finish with a sprint when you reach the last one. It is important your use active hands, active feet with short choppy steps, and an arm swing.

2. Drill the first and second steps of your drive block. From your stance explode with your first step and pause, then take your second step while bringing your hands, pause and then sprint ten yards and do a towel pickup. After drilling your drive step do the same for your pull steps and outside zone steps.

3. Pass set at defender alignment drill.  Place three cones on the ground and kick slide to each with balanced and hands that are ready to punch. When you set on the first cone it should just be one kick slide. Repeat this until your first kick slide is efficient, then move on to sliding your inside foot to the second and third cones.  The second cone represents a shade too wide defensive alignment. Players should start in a negative shin angle and spring off their inside knee. Kick slide on the insteps of their feet to brace for impact and cover more ground.  For example, when a guard sets a 3 or 4i technique, he must set at a 45-degree angle and time his punch to stop the initial edge rush. It is very important to strike first and have an inside out relationship to the opponent to avoid getting beat inside.  Check your balance at the end of your set.

4. Pulling to gaps drill: It is important for a player to work on blocking in open space and also how to see the field on the next level of the defense. When setting up a pulling drill, whether it is to block a linebacker or defensive linemen, you first need to measure out the distance between the five offensive linemen/ tight end.  From there, you will recognize and know the distance of your entry point of attack. Place a cone or something at the entry point and return to your position in your stance. On the snap, your first step should be a drop step (lawnmower pull) and then gain ground with their second step facing the sideline from there sprinting toward/ through the entry point. Make sure to work both a pull step to a kick-out block and a pull step to picking up a linebacker.

5. Scouting and film study. Learning your opponent's tendencies, strengths and weaknesses will help you be prepared to play against them and raise your chance of success when it matters in a game.

Things to look for?