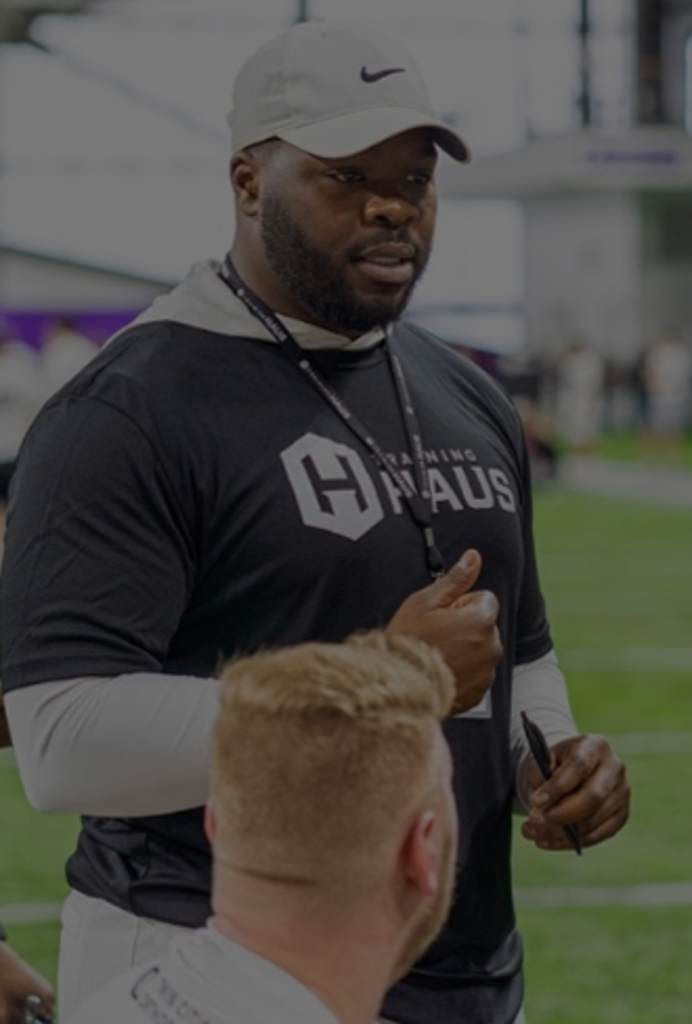 I vividly remember my first time on a college campus and how I went from being “the man” back in high school then becoming the most insignificant part of my college team. It was slightly demoralizing but was one of the biggest character builders of my young development. Starting over was not an option but a requirement if I ever wanted to get back to the top of the mountain. In writing this article, I thought about some of the things that helped me in my pursuit back to the top of the food chain.

Everyone was much bigger than I was, and for the first time, I could not just physically dominate my competition. Not only are these older players on your team bigger and faster than you, but they are also stronger and more experienced. My father used to tell me that there aren’t many things on this earth that were done for the first time, so you will always have a template. I used that knowledge and was able to generate a mentorship relationship with a senior that had already navigated his way to success. I followed my mentor to the film room, the training room, the cafeteria, and even social gatherings. I knew if I wanted to be successful like he was I would have to follow in his footprint and adopt his hobbies.

Not only is a mentorship relationship important from a player standpoint, but who better to get the answers to the test from, than the person who wrote the test themselves, the coaches. College football schemes are 10 times more complicated than high school schemes and the time spent implementing them remains the same. This means that athletes must adapt that much faster and be more interactive in their approach. Positions coaches generally get 30 mins to teach a scheme daily to 15-20 athletes at a time, most without educational backgrounds. As a freshman, it is very easy to get lost in the sauce. I was very intentional on creating relationships with my coaches that way if there was a concept I could not grasp they, could walk me through it at my own pace at a scheduled time. This will be very key in learning a new offense or defense for the first time. Team film study alone will not cut it.

Speaking of Film study, this will be an integral part of your college football process. Great players spend more time in the film room than they do on the field which can be a dramatic change from the high school level. Most high school players generally watch game film of themselves to correct any deficiencies. In college, film starts to not only be games, but every inch of practice will now be recorded and watched also. You will not only be watching yourself and your team, but you will start to watch the other teams and look for tendencies and understand their system and how they will attempt to execute against yours. I tell college athletes that if you don’t like watching the film, make sure you ball out your senior year of high school because it will be your last!

4. A new focus on performance

I loved to lift in high school I was one that always had perfect attendance in the weight room and never missed team lifts. I would make friends with all of the janitorial staff so that that I was able to sneak into the school gym after hours and on holiday breaks. But when I got to college, performance training took a whole nother turn. You will be challenged physically and mentally, year-round, and generally at 6 in the morning. I was not used to this and neither was my body, I had to make sure that I was being diligent with my recovery and hydration to make it through the workouts. Even the food I was eating had to change if I wanted to achieve peak performance.

Again, I was the most active lifter in my high school weight room, all the records, and perfect attendance, but once I hit 225 lbs I could not gain another POUND! Then the minute I stepped on to campus and got with my dietitian I went to 255 by week ten of the season. How did that happen? It was simply because I started to pay strict attention to what I was putting in my body. I went from not eating breakfast, having a chicken sandwich at lunch then some BS chips and salsa for dinner to 3-5 squares, and counting calories. Freshman year of college I made breakfast a habit, full balanced lunches and dinners with all of the food groups, and vitamins, and supplements that we're able to bridge to the necessary calories and nutrients to build me into my body past the 225 lb plateau. The lesson learned here is, until you get intentional with your diet you cant truly say you have tried everything. Only if I would have done this in high school!

I wrote this article because I feel like a former player, sharing my experiences with the next generation to learn from can give them a leg in the rat race of football. My experiences are my own and maybe you won’t struggle with what I did, but after years of playing and coaching, I know that if my athletes did these five things, they were always more successful than their peers.